This week the biggest market-moving economic data arrived on Friday, with the release of the U.S. consumer price index (CPI) inflation reading for the month of May. The inflation data broadly came in hotter than expectations, with the headline figure coming in at 8.6% year-over-year, above expectations of 8.2%, while core CPI (excluding food and energy) came in at 6.0%, slightly above the 5.9% forecast. 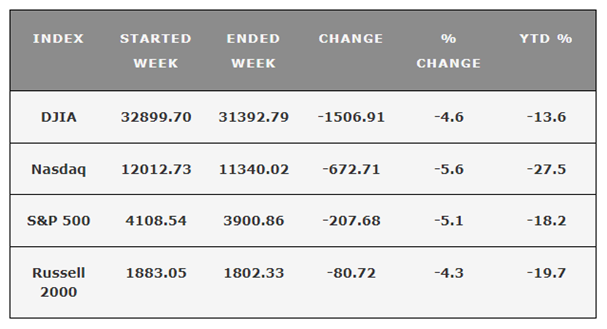 What drove the US market?

Next week, the spotlight will be on the Federal Reserve’s two-day policy meeting, which kicks off on Tuesday.

Market watchers will be anticipating the Federal Open Market Committee’s key interest rate decision on Wednesday, in which the U.S. central bank is expected to raise its benchmark federal funds rate by 50 basis points.

We can also expect the release of several important economic indicators, including the Producer Price Index and retail sales figures for May.